What is the best wireless router? 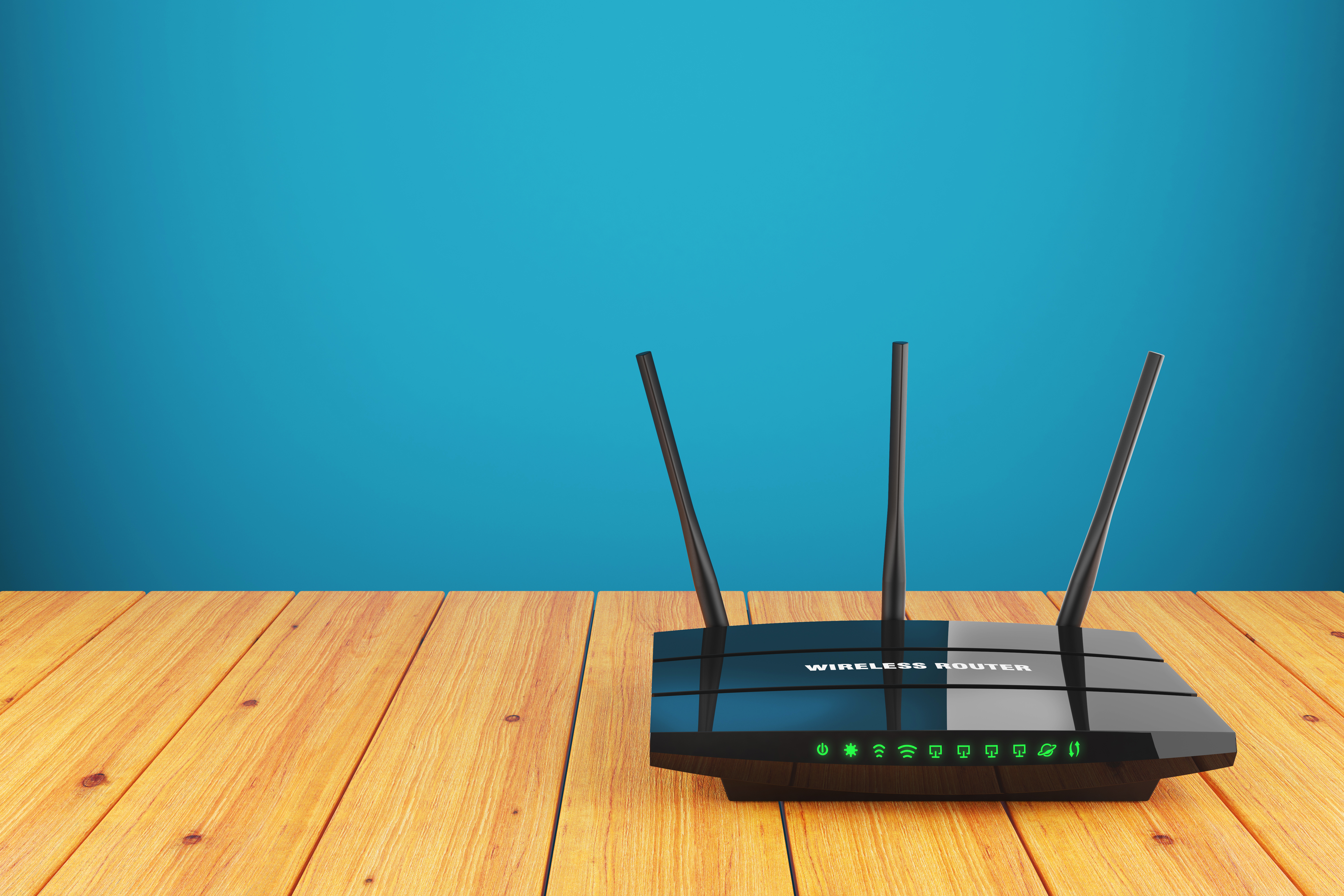 What is the best Wi-Fi router?

When it comes to home technology, picking the Wi-Fi router that works best for you is vital. It is the most important decision you will have to make and will have an impact on how efficient your surfing, streaming and gaming will be.

Every new customer will receive a Wi-Fi router from their broadband provider.

We live in an age where there is an increasing demand for Wi-Fi connectivity. Smart TVs, smartphones and other connected home products mean choosing the right router for you has never been more important. When choosing a router, you need to consider the size of your coverage area and the types of devices that will connect to the router.

You need to look at what sort of performance you want as well - some routers can candle more devices than others, so it’s worth doing your research on which one you’ll get from your provider.

What is a wireless router?

Also known as a Wi-Fi hub, a wireless router is the small electronic device supplied by your internet service provider which allows you to connect to the internet. Once connected to your home broadband line it sends data to your Wi-Fi-connected devices.

Most wireless routers also come with Ethernet ports, usually a minimum of four. You can then connect other gadgets to the internet such as computers and TVs. If you require faster throughput for large file transfers, you will need a router that supports link aggregation.

Link aggregation uses two gigabit Ethernet LAN ports to provide increased throughput (up to 2Gbps). It also provides a fail-safe if one of the LAN connections goes down.

How does a Wi-Fi router work?

After you have plugged in your phone or cable line into your router, data will be sent through the connection to the router. This data is then taken by the router and converted into radio signals which are then picked up by devices with Wi-Fi capability. Any device in your home with Wi-Fi capability will be able to connect to your router, including smart TVs, voice assistants and games consoles.

How to use a wireless router

It’s really simple to get started. You will first need the password to connect to your router. The password is supplied by the provider and printed on the router in a series of letters and numbers. The letters will be in upper and lower case to improve security and stop others using your network illegally. Once this is done your device should connect to your wireless broadband automatically as long as it is in range. You won’t need the password again until you want to connect to a new device.

What are wireless protocols?

Wireless Ethernet networks use 802.11 protocols to send and receive data. The most widely used Wi-Fi protocol, 802.11ac, allows for maximum (theoretical) data rates of up to 5,400Mbps and operates on both the 2.4GHz and the 5GHz bands.

This means that if a router can achieve a maximum link rate of 450Mbps on the 2.4GHz band and 1,300Mbps on the 5GHz band it is considered an AC1750 router. Routers don’t reach the maximum speeds most of the time but if performance is key then it is best to consider one of the high-speed routers, although you will have to pay for the privilege.

What is a Wi-Fi booster?

Also known as a Wi-Fi extender, it helps boost the Wi-Fi signal. It works by pulling in the existing Wi-Fi signal and amplifies it, broadcasting the stronger signal. Using a Wi-Fi extender is a relatively cheap and efficient way of increasing the range of your Wi-Fi router in one place.

Why should I buy a Wi-Fi booster?

Often, areas of the house can struggle with a poor Wi-Fi signal. It might be that your router is downstairs so anything upstairs doesn’t get a strong signal. Plugging in the Wi-Fi booster upstairs will provide a good solution as it will help your upstairs devices connect to the router downstairs.

What are radio bands?

Most new routers will offer at least two radio bands, a 2.4GHz band and a 5GHz band. The differences between them involve interface, speed and range.

Within the home there will also be a number of devices that use the same frequency as the 2.4GHz Wi-Fi band, things like Bluetooth devices, microwave ovens and phones, these can all cause interference with each other. However, 2.4GHz is still fine for connecting to the internet and social media services.

Moving to 5GHz solves this problem because so many more channels are available, without any overlap and is favoured by online gamers as it will offer a better performance.

Where 2.4GHz does have an advantage over 5GHz is on range. The 5GHz signal cannot penetrate walls and ceilings as well as 2.4GHz.

What is dual-band and tri-band?

Most dual-band routers allow you to assign a band to specific applications and clients, thereby easing the load on both bands.

A tri-band router uses three radios – one at 2.4GHz and two that operate at 5GHz. It means that one of the 5GHz bands could be used solely for streaming and torrent downloads while the other 5GHz would be used for online gaming and would offer the best performance throughout. The remaining 2.4GHz would be used for applications that use only limited bandwidth.

These are good for creating a mobile broadband Wi-Fi hotspot connection where there isn’t a fixed line. A wireless 4G or 5G router can be used to give a temporary or fixed wireless internet access in locations that are unable to receive conventional broadband to the standard you need.

When it comes to gaming it is all about fast processors, huge memory, speed and high-end graphics. So, it’s even more important to get the right router and one that suits your home, playing style and budget.

A lot of consumer routers offer Quality of Service (QoS) settings that will give priority to devices or applications that require a large amount of bandwidth, but gaming routers take it the extra mile and offer prioritisation for specific gaming systems and applications. This means if you have multiple people in the same house who are all online gamers you can decide how much bandwidth each person is entitled to.

Some gaming routers also use a modified management console with a user interface that makes it easy to assign bandwidth priorities on the move.

You will need at least two radio bands with a gaming router. The 2.4GHz band is the most widely used band and tends to get more crowded than the 5GHz one. You'll get much better range on the 2.4GHz band, but it can't match the speeds that you get with the 5GHz option. If you have numerous devices connecting to your network, a tri-band router is your best bet. Tri-band routers add a second 5GHz band that you can dedicate to certain devices or applications.

How else can I improve my wireless router?

There are a number of technologies that can help improve your wireless router even further.

Having a Mesh Network System can be a way of getting to areas of your house that have a poor signal, often referred to as ‘dead zones’.

A mesh network is two or more routers working together to provide a wider Wi-Fi coverage.

Setting up is straightforward. You attach one of the units from the mesh Wi-Fi kit to a spare port on your existing router which then creates a new Wi-Fi network that all of your technology can connect to. Then you can put a second mesh device elsewhere in the house, either another floor where there is a ‘dead zone’ or on the other side of the home and the devices will talk to each other, creating a stronger and faster Wi-Fi network that can even extend outside into the garden.

Beamforming helps to improve throughput. It shapes the signal directly to improve efficiency and range. Rather than broadcasting a Wi-Fi signal in all directions, it narrows the focus of that router signal sending it directly to your devices in a straight line. Both devices need to support the beamforming technology to get the best out of it.

This technology lets the router itself pick out the most efficient band based on the amount of network traffic, range and band availability.

Available through the 802.11ac protocol it is designed to provide bandwidth to multiple devices simultaneously rather than sequentially. It means that up to four people can have their own data streams instead of waiting in turn to receive data from the router.

This is the next-generation standard in Wi-Fi technology. Also known as 802.11ax or High Efficiency Wireless, it has a host of additional technologies that make connecting to the internet more efficient, faster and less congested. Wi-Fi 6 can handle more devices at once and is able to keep speed more consistent under heavy load.