The most commonly searched for PC-Related questions 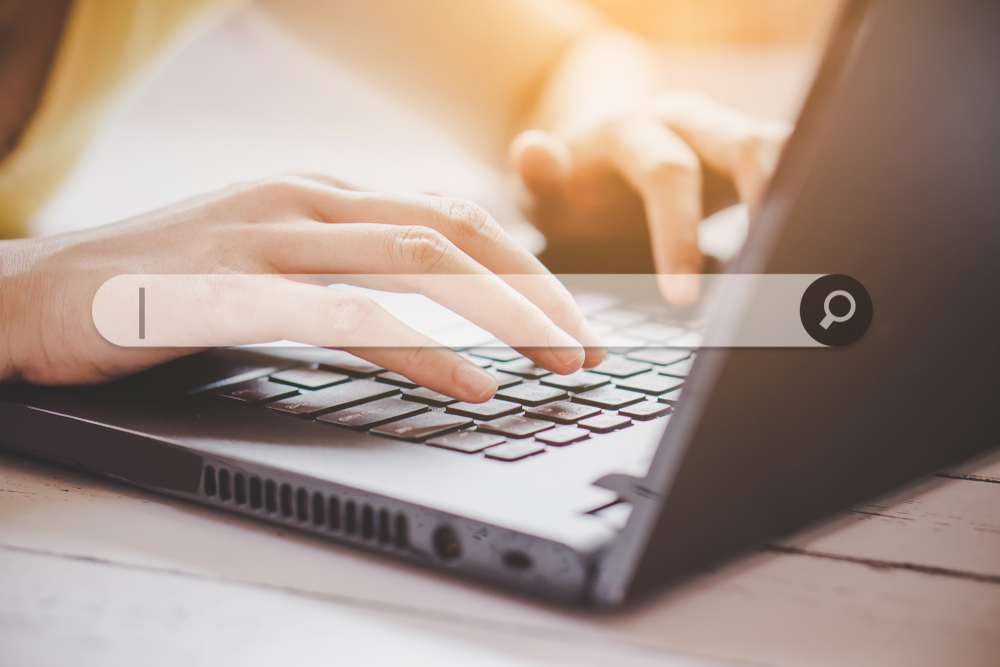 We often turn to Google to answer some of life’s most pressing questions, and it’s no exception when it comes to tech too. In fact, questions like ‘how do I install Word?’, and ‘why aren’t my emails working?’ are among some of the most asked queries around the world.

To find out what baffles us most when it comes to computers, Broadband Deals analysed Google search data to investigate which PC-related questions are most asked around the world.

What are the most common computer-related questions asked on Google? 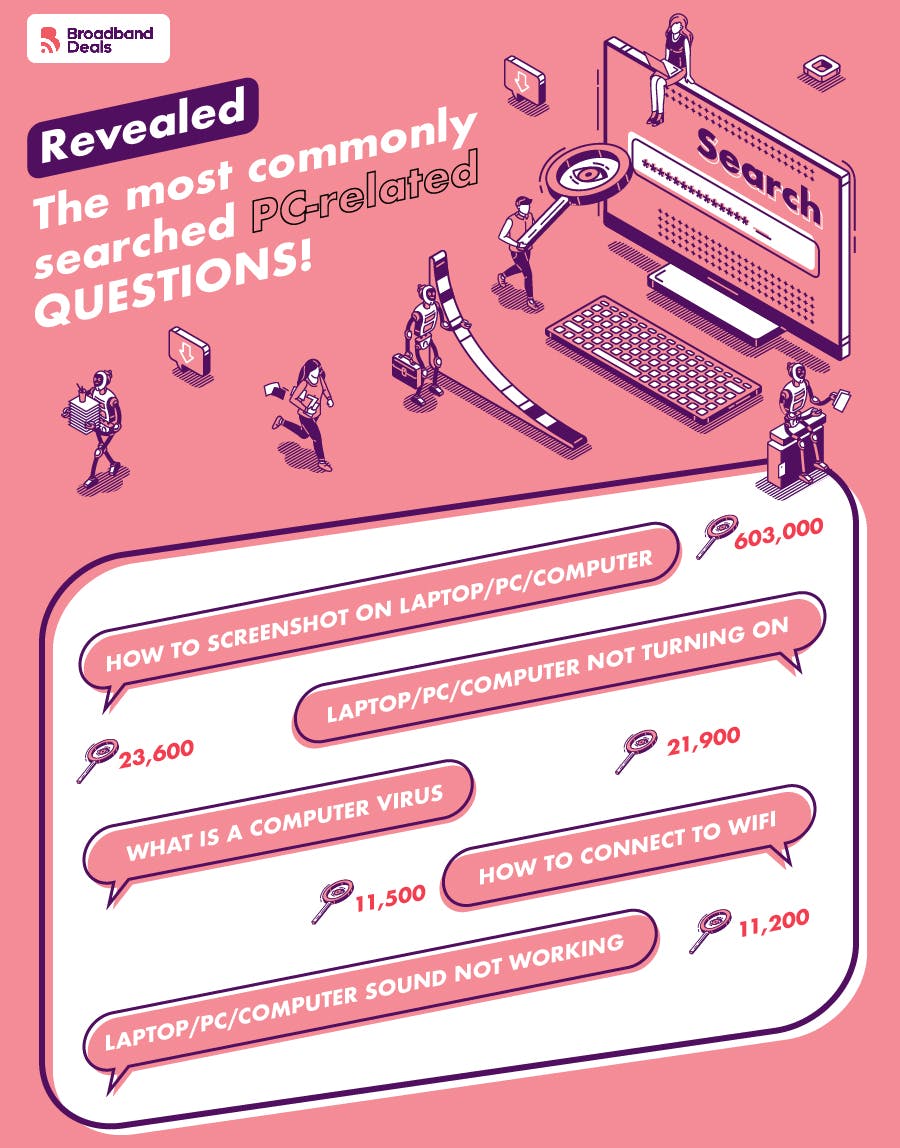 ‘How to’ questions have the highest number of searches around the globe each month, on average – 674,570 to be exact! According to our analysis, we can reveal that ‘how to screenshot’ is the most popular computer-related question worldwide, with a whopping 603,000 monthly searches.

How to reset a computer gets 20,400 searches each month, but the third most popular ‘how to’ query relates to copy and pasting, with computer users turning to Google to ask how to successfully carry out this action 19,900 times monthly.

‘What is’ queries are also common, with 39,390 computer-related searches being made each month on the search engine all over the world. The most popular questions asked are what is a computer virus (21,900 searches), what is my operating system (5,700 searches), and what does RAM do in a computer (4,600 searches).

Our analysis found that questions relating to powering up a computer have a global combined search total of 28,640 per month. The most popular search query asked by Google users around the world is ‘laptop/PC/computer won’t turn on’, accumulating 27,700 searches monthly. 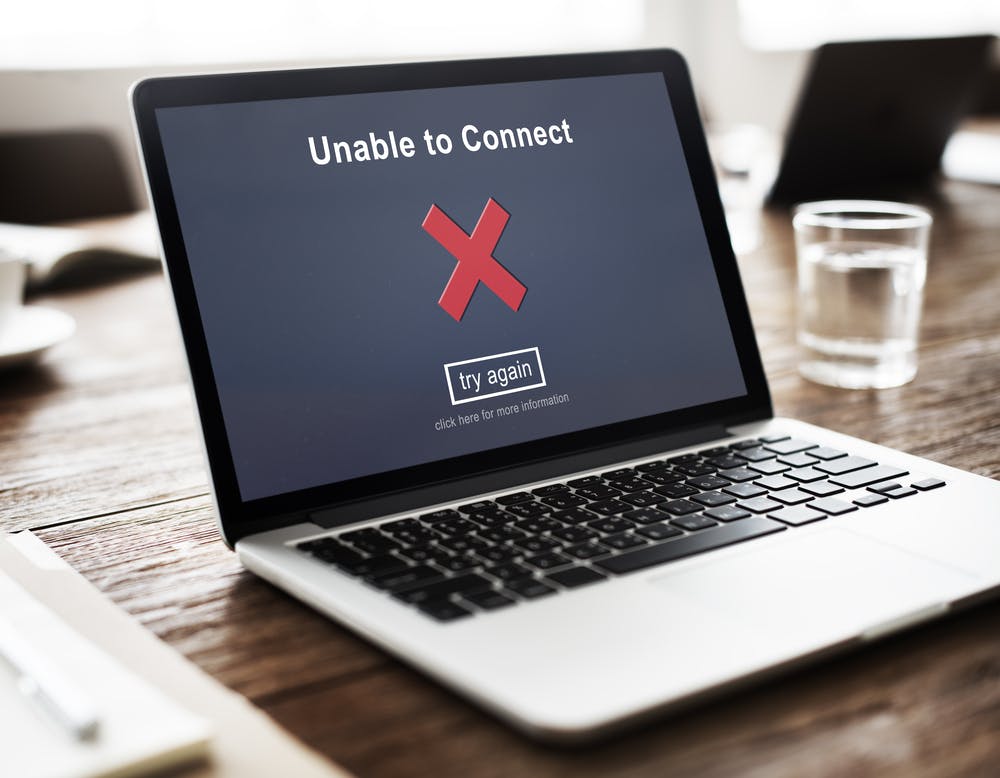 Which laptop brands cause the most confusion?

We also sought to identify which computer brand confuses users the most, causing them to turn to Google for answers. To do this, we analysed the number searches relating to computer performance, power, Wi-Fi, and taking a print screen/screen shot, followed by the words ‘MacBook’, ‘HP’, ‘Dell’, and ‘Chromebook’ (e.g., ‘How to screenshot on Dell laptop’).

Our research found that Apple MacBooks are the most confusing to operate, as they have the highest number of Google searches per month across all four topics (182,890). Following closely behind are Google Chromebooks, with users turning to the search engine around 156,580 times, on average, each month!

HP users ask Google 99,800 questions each month relating to power, internet, performance, and screenshotting. But it seems that Dell devices are among one of the easiest to use, with just shy of 50,000 searches per month, on average – a staggering 133,800 less searches than Apple MacBooks!

The most common queries made per computer brand

Our research identified that how to print screen or screen shot is the most confusing action across all four computer brands in our study (MacBook, HP, Dell, and Chromebook), with a combined total of 386,600 searches per month.

Screenshotting baffles MacBook owners the most, with users asking how to carry out this function a staggering 143,000 times around the world every month. Chromebook users follow behind with 135,800 searches (7,200 less than MacBook), and HP and Dell users make 71,100 and 36,700 queries, respectively.

86,120 queries are made around the world each month relating to computer performance (including speed, sound, keyboard, or Bluetooth problems) on MacBook, HP, Dell, and Chromebook devices. Once again it was MacBook users that asked the most questions surrounding this topic, with 36,720 searches made each month on the search engine. The remaining brands ranked as follows: HP (23,400), Chromebook (16,670), and Dell (9,330).

Questions about how to turn on devices and why they aren’t turning on rack up 9,970 searches across all four brands studied, but it is HP users that ask these queries most (3,320). Chromebook follow closely behind with 3,320, and MacBook users make 2,540 queries each month. Dell users, once again, make the least amount of searches globally (760).

Our analysis found that searches relating to connecting to the internet are made 5,670 times each month, alongside the words ‘MacBook’, ‘HP’, ‘Dell’, and ‘Chromebook’. Of these brands, Dell users turn to Google to solve Wi-Fi connectivity issues the most – 2,300 times per month. HP and Chromebook users ask questions 1,950 and 790 times per month on average, respectively, and MacBook users make the least (630). 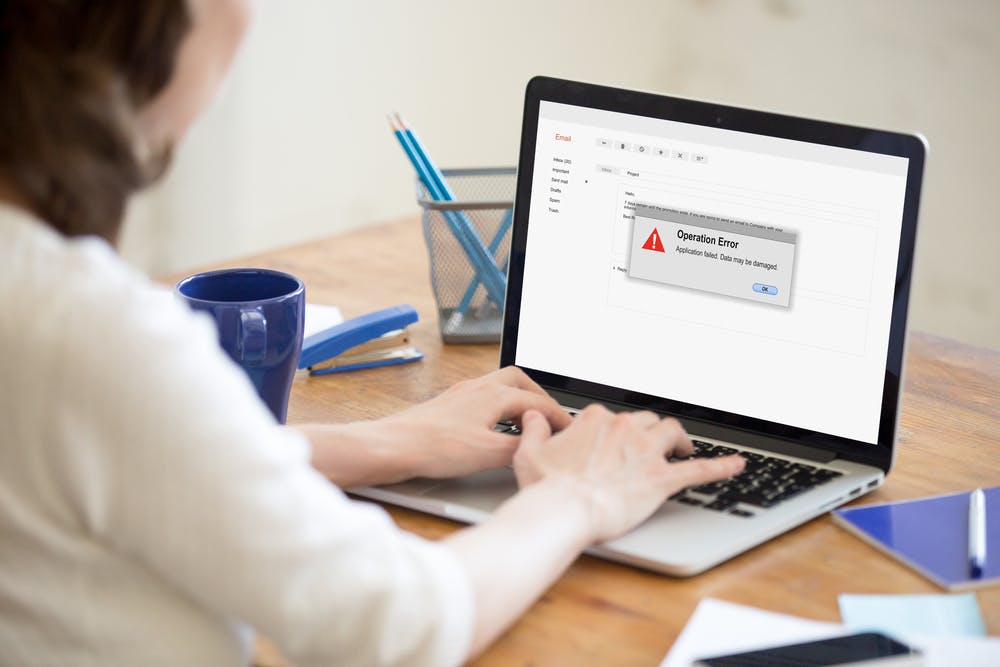 How many people would consider building a PC?

After analysing the type of questions computer users ask all over the world, we were intrigued to find out how many would consider building a PC of their own by conducting a survey of 3,962 people.

When asked which factors were more likely to deter them from building their own PC, prospective PC builders said:

We then went on to find the most common questions asked when building a PC. If you’re one of the 47% who would consider building a computer in the future, be sure to get clued up on the following most googled questions: