What is IPTV and how does it work? 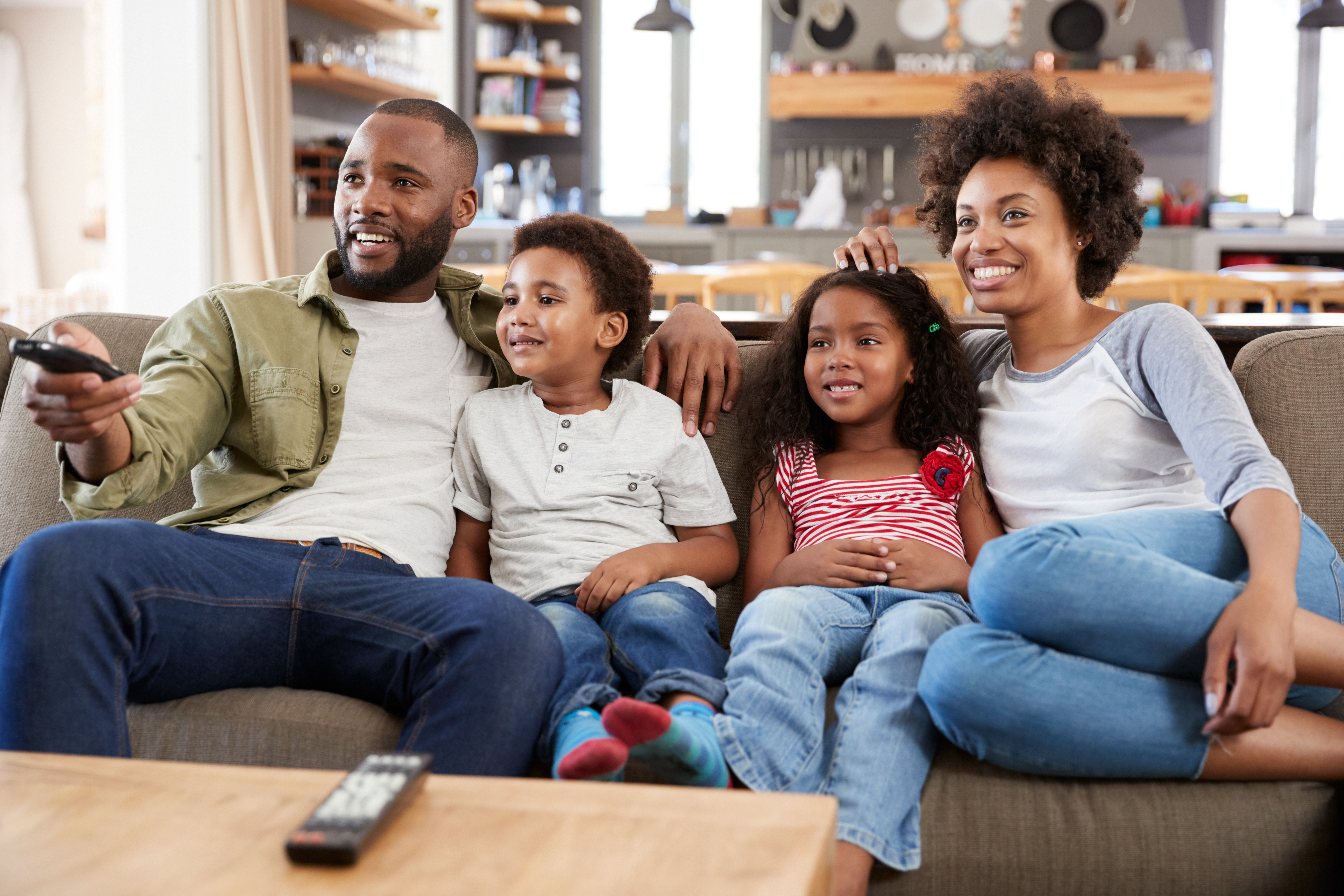 Internet Protocol Television (IPTV) is one of four different ways we can access digital TV, alongside terrestrial, satellite and cable. It’s television broadcast over Internet Protocols, which means services are provided through internet and broadband connections instead of radio frequency.

The initials refer to how TV signals are actually received and not the device that you are watching them on. IPTV works differently from digital video that might be accessed through sites or apps such as YouTube or Netflix. Unlike standard cable or satellite connections, with IPTV, multiple TV sets can use a single subscription within a household. IPTV users can also pick the program they want to watch and when they want to watch it for added convenience.

Put simply, instead of receiving TV programs as broadcast signals from a satellite dish, fibre-optic cable or antenna, they are ‘streamed’ through your internet connection.

With IPTV, you can also get a large number of channels transmitted to your home TV over your phone line using an IPTV set-box. Sometimes IPTV is bundled with packages offering broadband.

Rather than broadcasting a number of shows on a set schedule, most IPTV uses video on demand (VOD) or time-shifted media.

What are the main types of IPTV available?

All three forms of IPTV can work either using your computer and an ordinary web browser or (for much better quality) a set-top box and an ordinary digital TV. All three can be delivered either over the public Internet or through a managed, private network that works in essentially the same way.

This is all about getting the video you want whenever you want it. Movie streaming sites such as Netflix and Amazon Prime Video are popular VOD providers. It’s just a case of telling the service what TV program or movie you want to watch, pay your money and watch it immediately.

Selected TV channels are recorded so they can be viewed whenever you want.

If you are familiar with ‘catch-up TV’ you will understand what this type of IPTV is. BBC iPlayer is a classic example of time-shifted media.

The major difference between time-shifted media and VOD is that the content being shared has a limited shelf life. It basically means you are watching scheduled broadcasts when you want to anytime of the day or night.

You can watch live shows on IPTV just like you can on broadcast TV. This is a popular way of watching sporting events with many choosing to watch on their phones while on the move. Live IPTV is similar to regular TV, the difference being it is broadcast over the internet instead of through traditional TV media.

How can I get IPTV?

What to consider when buying IPTV

In order to use IPTV on your TV you will need to have a connection with an IPTV provider who will give you a set-top box. If you have a premium package from one of the major providers they are likely to waive the installation fee. Providers also offer a ‘catch-up TV’ feature which allows users to pause, fast forward and rewind programmes. Some set-top boxes also let you record TV.

Key things to consider include:

Do you need a set-top box for IPTV?

Anyone who has a computer and broadband internet connection can watch IPTV. Your computer, tablet or phone doesn’t need anything to watch IPTV, and if your device allows, you can mirror your screen to your TV without the need for a set-top box.

However, not everyone wants to watch television through a laptop or handheld device. In that case, as most TVs aren’t equipped for IPTV, you will most likely need a set-top box that turns what you receive over your internet connection into a format that your TV can read. It’s just a case of signing up for a service and then streaming whatever you want in any of the IPTV formats.

How do IPTV set-top boxes work?

Set top boxes work effectively like computers. The set-top box will receive the streamed video content, decrypt it and convert them back into video files before displaying them on the TV screen.

What is Hybrid IPTV?

Because IPTV requires a large amount of bandwidth to transmit lots of data at high speed, some TV providers are now looking at a hybrid approach to solve some of the issues with fully enabled IP broadcasts. Hybrid IPTV works by combining traditional TV services with IP based ones.

The bonus with a hybrid IPTV is that it is delivered through a single box which allows providers to expand their offerings to their subscribers. For many people this is a good way of moving from a traditional set-top box to a more modern one.

Why should I get IPTV?

There is no way you can ignore IPTV and how it is impacting our viewing. It is growing quickly, with new providers and services popping up alongside traditional TV providers with more IPTV offerings. Services such as Netflix and Amazon Prime Video offer a lot of shows and Video on Demand is growing fast.

It is the other formats of IPTV where the change in how we view things is happening. Catch-up TV is becoming an increasingly popular medium and sport is an area of TV that has taken IPTV to its heart. There are a host of subscription sports packages available that you can watch on your computer or stream onto your TV for example.

The future of IPTV

There is a general consensus that IPTV is only going to increase in popularity and quite quickly. It is anticipated that the demand for subscription-based IPTV will increase considerably over the next five to 10 years.

Media providers are already looking at how they can play catch up to the streaming giants of Netflix and Amazon Prime, while the more traditional TV providers are allowing time-shifted media via their apps such as BBC iPlayer. As people also create their own channels to distribute their content the amount of IPTV options will only increase.

It will mean viewers won’t just be chained to what broadcasters are sharing, they will be able to access other people’s channels to watch audience-specific films and videos.

As you have discovered, IPTV is any media content streamed over IP protocols. It basically means that IPTV is a paid service that gives you unique access to media that’s not generally available online without payment.

Many of the big broadband providers offer their own IPTV services and you often need an extra device like a set-top box or console to view IPTV. It will cost money either to buy the device and/or acquire a subscription.

Many of the big broadband providers offer their own IPTV services and may be bundled with your broadband or phone contract. You can also buy standalone IPTV devices like the Amazon Fire stick which provide legal TV services when connected to the internet.

Some of the stand-alone set-top boxes, consoles and USB sticks on sale aren’t legal, because they contain illegal apps and/or ‘add-ons’ letting you stream copyrighted content for free.

What’s more, some of the streaming apps available to download onto perfectly legal devices can direct you to content in breach of copyright or licensing laws. You need to be aware that some will make it possible for you to view things that you shouldn’t.

And if you feel you are getting access to premium sports events and new movies which you think you should be paying for, then the chances are it will be illegal.

Also, if you watch things illegally then you are leaving yourself open to cybercriminal attack, which could see your data or log in details stolen

To ensure your streaming is legal and for peace of mind, it is best to stick to one of the big providers.