What is superfast broadband? 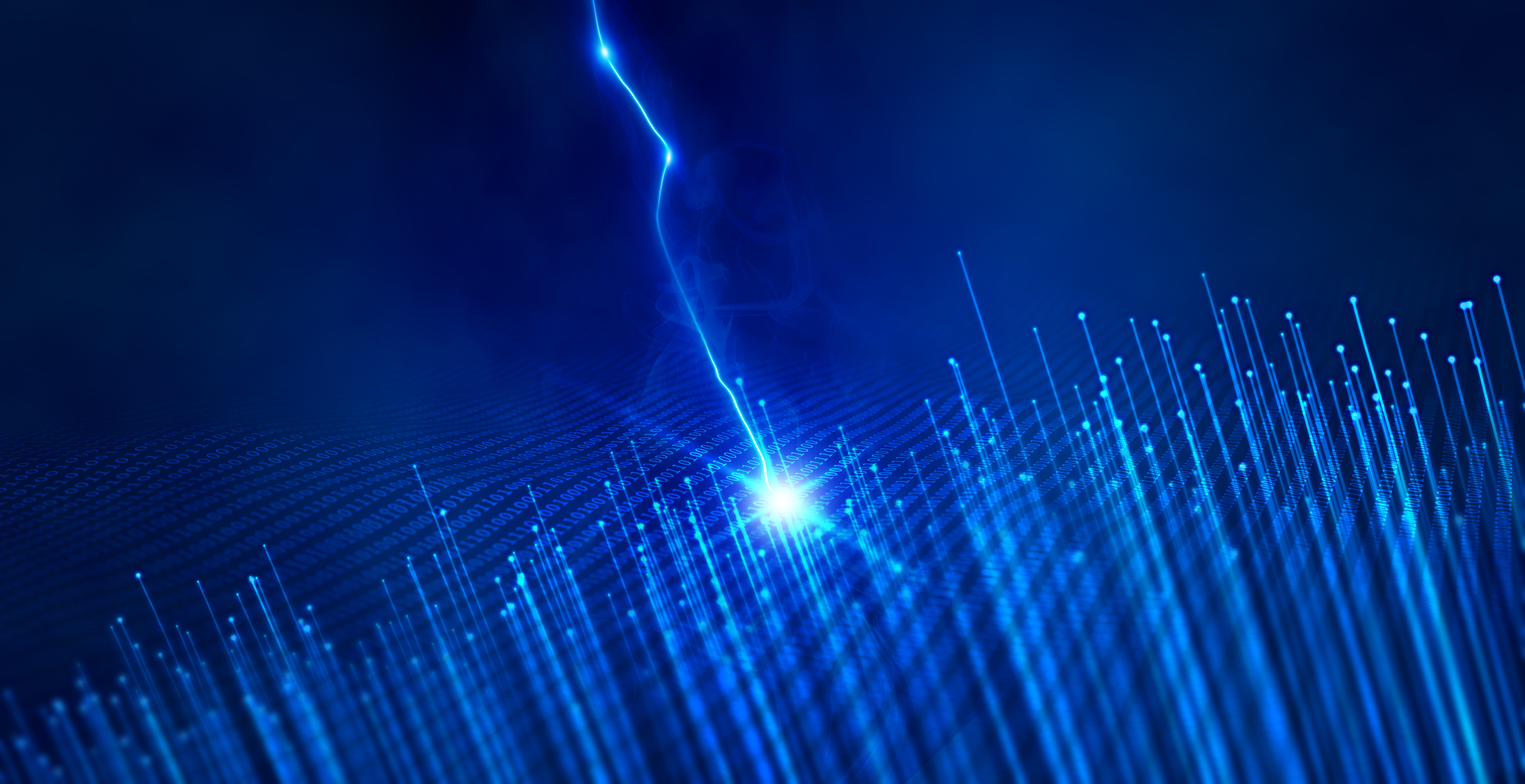 According to UK telecoms regulator Ofcom, superfast broadband describes any service that normally provides speeds of 30Mbps-70Mbps. The higher your speed, the faster it means you will be able to download files, stream movies and play online games. The higher the speed, also means the more people that can be connected to the internet simultaneously, without impacting that speed.

By Ofcom’s definition, Superfast broadband ranges 30Mbps to 300Mbps, but providers often deem broadband above 100Mbps as ‘ultrafast’ instead. Beyond those speeds, you can break it down into Hyperfast or Gigafast too.

Is superfast broadband available in my area?

Getting connected to superfast broadband shouldn’t be a problem for most. It is available to 95% of UK properties from the majority of internet service providers. Most homes also won’t need any kind of special installation to get superfast broadband installed – especially in new builds.

The speed you can achieve depends on your distance from the street cabinet. As there are far more cabinets than exchanges, most homes are closer to a cabinet than an exchange. With shorter distances to travel, faster copper broadband protocols can be used. Most FTTC connected homes have speeds of 30Mbps or more with many being closer to the very maximum of 80Mbps.

Why should I get superfast broadband?

If there are only one or two people in your household and your only interest for the internet is checking email and a few Google searches here and there, then superfast probably isn’t for you. However, these days, most families are looking for their broadband to work much harder and faster for them.

If multiple people are using the internet at the same time and you want to download HD movies and play online games regularly, then it is going to be speed that is your main concern and superfast broadband is going to tick those boxes.

There are a host of broadband providers who can deliver fast internet to your home.

Here are a few of the major providers and what they can offer:

Virgin Media is ahead of the pack when it comes to offering the fastest speeds around, we are talking reaching massive speeds of 600Mbps in some cases.

Virgin Media provides broadband through dedicated fibre-optic cable networks but only covers just over 50% of the UK at the moment. In its superfast broadband category Virgin Media also offers a 213Mbps package.

Hyperoptic offers a 150Mbps package but it is currently limited in its delivery nationwide.

Sky Broadband superfast gives speeds of up to 63Mbps and its broadband and phone line are competitively priced. There is also the added bonus of being able to add a Sky TV bundle with a choice of entertainment channels available.

With an average speed of 67Mbps, TalkTalk often has some of the competitive deals around.

What are the pros and cons of superfast broadband?

Superfast broadband has significantly faster broadband speeds than ADSL. If you regularly download movies or TV shows from streaming platforms such as Netflix and Amazon Prime Video, then this is perfect for you.

The same goes if you use on-demand services like BBC iPlayer – it will make for an all-round, faster and smoother viewing experience. Also, the broadband will still be able to cope with multiple users. Superfast broadband is particularly useful if you play a lot of online games as it will improve the response times which will give you an edge and mean you will get a much better gaming experience.

There can be some variation between the advertised speeds and the actual speeds you get at your home address. These factors that dictate the differing speeds are out of your control and more based on where it is you live. So, things like the quality of the wiring connection and the distance you live from the exchange could play a part.

How does superfast broadband work?

Superfast broadband services are connected to houses using the same copper cables as ADSL, but the important part is the use of fibre-optic cabling to the local cabinet. It is a much more reliable way of connecting than traditional copper wires used for landlines and ADSL connections.

Fibre-optic cables are able to transfer more data, faster than copper wires, so it adds up that the more your connection is supplied by fibre-optic cables, the faster your broadband speeds will be. It is worth noting that when speeds are given by providers, these are the average of speeds available to 50% of customers in their area during peak times. Often, superfast broadband speeds are compared using a similar range of speeds: 36Mbps, 67Mbps, and 108Mbps.

How can I get superfast broadband?

Fibre coverage and the speeds that providers offer, are not available everywhere across the UK.

Virgin Media is the UK’s only cable provider, offering the fastest widely-available broadband because of its network of fibre-optic cables. The way that Virgin Media supplies from the street to the house differentiates them from providers such as BT.

Virgin uses coaxial cables from the street to the house, which allows for ultrafast speeds. BT uses fibre-optic cables to street cabinets, but it’s last stretch of cable from the cabinet to homes is made from copper phone wire instead. However, Openreach, the network BT and other providers such as TalkTalk and Sky use, are switching homes across the UK to fibre-to-the-premises (FTTP). Ofcom are supporting efforts to get the UK on so-called ‘full fibre’ as soon as possible.

Will location and postcode affect my speed?

Your choice of broadband services is affected by availability at the exchange serving your address. When you carry out a postcode check this shows what the exchange can offer. If fibre is not available you will have to choose a standard broadband package.

However, broadband speed and availability on Openreach (BT line) services are also affected by the length of the line. In some cases, an exchange may have fibre-optic, but your home is too far to receive the service. And when it comes to standard broadband there’s a significant impact on performance when you’re far from the exchange. When signing up to a provider you should always be given an accurate speed estimate using your home address.

When will my area get superfast broadband?

The majority of premises now have access to fast broadband services using an Openreach telephone line or from the Virgin Media network, or in some cases both.

What broadband speed do we need?

Most people don’t need 1Gbps download speeds. Even the most data-hungry families will be content with half that speed.

Ofcom’s latest figures show that the percentage of UK households with access to ultrafast broadband, 300Mbps or higher according to the regulator, is higher now than it was a few years ago. Ofcom suggests that most households need speeds at least 10Mbps, although the recent Ofcom Connected Nations report stated that only 2% of UK premises still don’t have that minimum. The regulator says that it realises the 10Mbps lower limit will need to be raised over time, and will do so after 75% of the country has adopted superfast broadband.

Most of the popular services we use have minimum speed requirements. For example, the BBC iPlayer streams programmes at 1.5Mb in SD and up to 2.8MB in HD streams. Netflix recommends a connection of at least 3Mb for its SD content and 5Mb for any HD streams.

What is superfast broadband best for?

Multiple users: If you live in a home where three or more people will be regularly using the internet, this is when superfast broadband comes into its own. It has the bandwidth to cope with everyone online at once whether it’s on a tablet, computer, TV, game console, smart appliance or phone.

Streaming: Less chance of buffering when you are streaming from online platforms such as Netflix or BBC iPlayer. It also means quicker loading times for HD and 4K videos.

Video calling/VoIP: If you are a fan of Skype for example, the faster fibre connections means you are less likely to drop out mid-call and your overall experience will be a smoother video, clearer sound and less delay time.

Downloads: If you are looking to download big files, then superfast broadband is the answer. Taking download times to minutes and in some cases seconds. An album of music for example could take just 30 seconds to download if your connection is 76Mbps.

What other fast internet is out there?

Ultrafast is seen as the next step up in broadband technology, creating speeds of 100Mbps or more according to many providers, though Ofcom defines it as 300Mbps and higher. There are two ways of achieving ultrafast speeds; by installing fibre-optic all the way to the home or upgrading the technology used in existing part-fibre FTTC services, allowing faster speeds out of the same cabling.

Virgin Media provides the most common ultrafast service. Due to its steel coaxial cable from its street cabinets to homes, most customers can achieve full advertised speeds.

BT Wholesale has also announced plans to upgrade telephone exchanges so FTTC’s maximum speed will double from up to 80Mbps to 160Mbps.

Hyperoptic offers full fibre broadband to the basements of apartment buildings in selected major cities such as London and Manchester. Although its service is capable of gigabit speeds, it offers a more affordable 100MB broadband service.

The other type of full fibre ultrafast broadband available is where you pay to have fibre-optic cables installed between your street cabinet and your home, known as fibre-to-the-premises-on-demand or FTTPoD. This is being sold by BT Broadband as their Superfast Fibre 3 and 4 products.

Selected new builds can also benefit from full fibre to the home where connected by Independent Fibre Networks (IFNL). Currently IFNL fibre to the home is sold by Direct Save Telecom, which offers speeds of up to 300Mbps download and 30Mbps upload.

Hyperfast broadband is used to describe speeds of 500Mbps or higher, while gigabit broadband refers to services capable of achieving connection speeds of 1Gbps or above.

A common way of installing this is laying fibre-optic cables along certain streets, allowing anyone on the street whose home is ‘passed’ by the service to sign up for an affordable installation price – the cost of joining the home to the passing fibre-optic cable. This type of installation is called ‘fibre-to-the-premises’ or FTTP and is being offered in select urban areas by Hyperoptic.